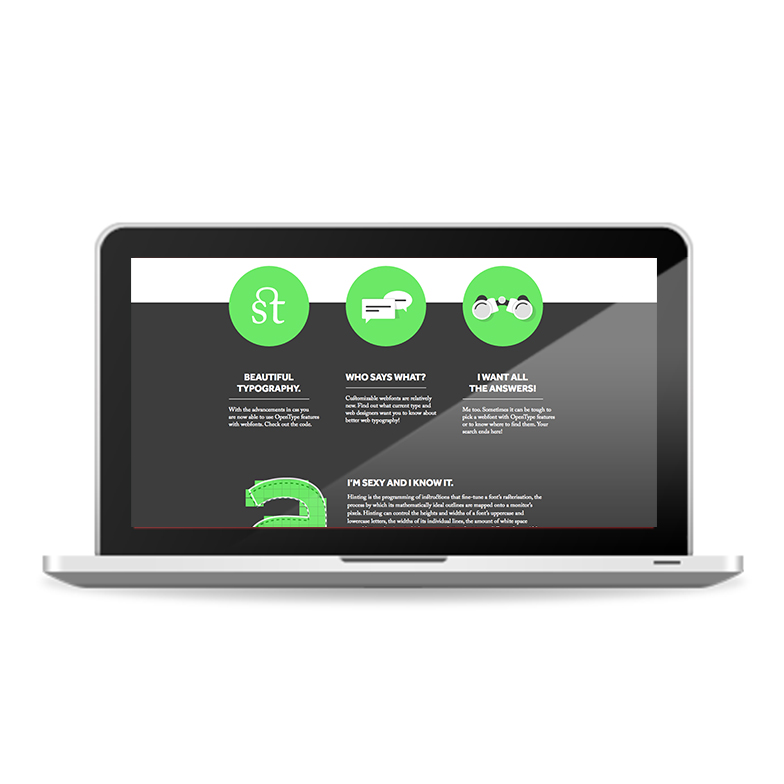 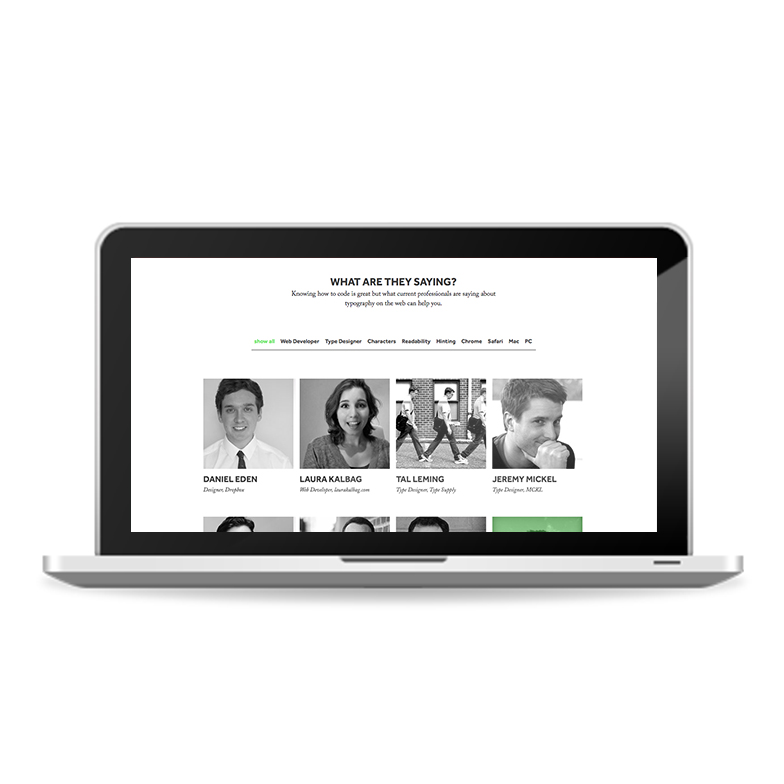 Type Quest was designed to help educate Graphic Designers and Web Developers understand the power of OpenType in webfont files because there was simply a lack of knowledge and awareness across both professions. In Type Quest’s earliest form, custom web fonts were a huge leap forward in the world of web so no extensive documentation really existed on this topic. The W3C code itself to implement these OpenType features were still in draft mode and did not become a W3C standard for at least a year after Type Quest was created.

As I began to research the problem and form a solution, I created three personas in order keep the content focused: A Graphic Designer, someone who is interested in typography and may need this knowledge when working on a web based project; A web developer, someone who can code well but may not be aware of these features or share the same level of typographic detail as a Graphic Designer; And finally, educators. These personas allowed me to push for a solution that helped educate designers in their lack of development knowledge and bring awareness to developers and educators.

My solution included two components. A website that gives detailed information of OpenType features on the web in order to bring awareness and fill the gap between design and development by educating. The other, creating a library of preprocessed CSS code consisting of SASS, LESS and Stylus on GitHub so developers could easily implement the features during development. Among the development and graphic design aspects, this project includes written responses from professionals in type design, development, and design.

Type Quest was presented in early February 2014 and by February 24 the project was already contributing in a huge way. See Google Chrome’s platform of feature support and usage metrics to see the spike on February 25. On February 24, the personal analytics of Type Quest saw a huge spike of 1,660 analytic sessions [Google Analytics] and on February 27, 2,855 sessions.

The GitHub respository section of the project is still live.